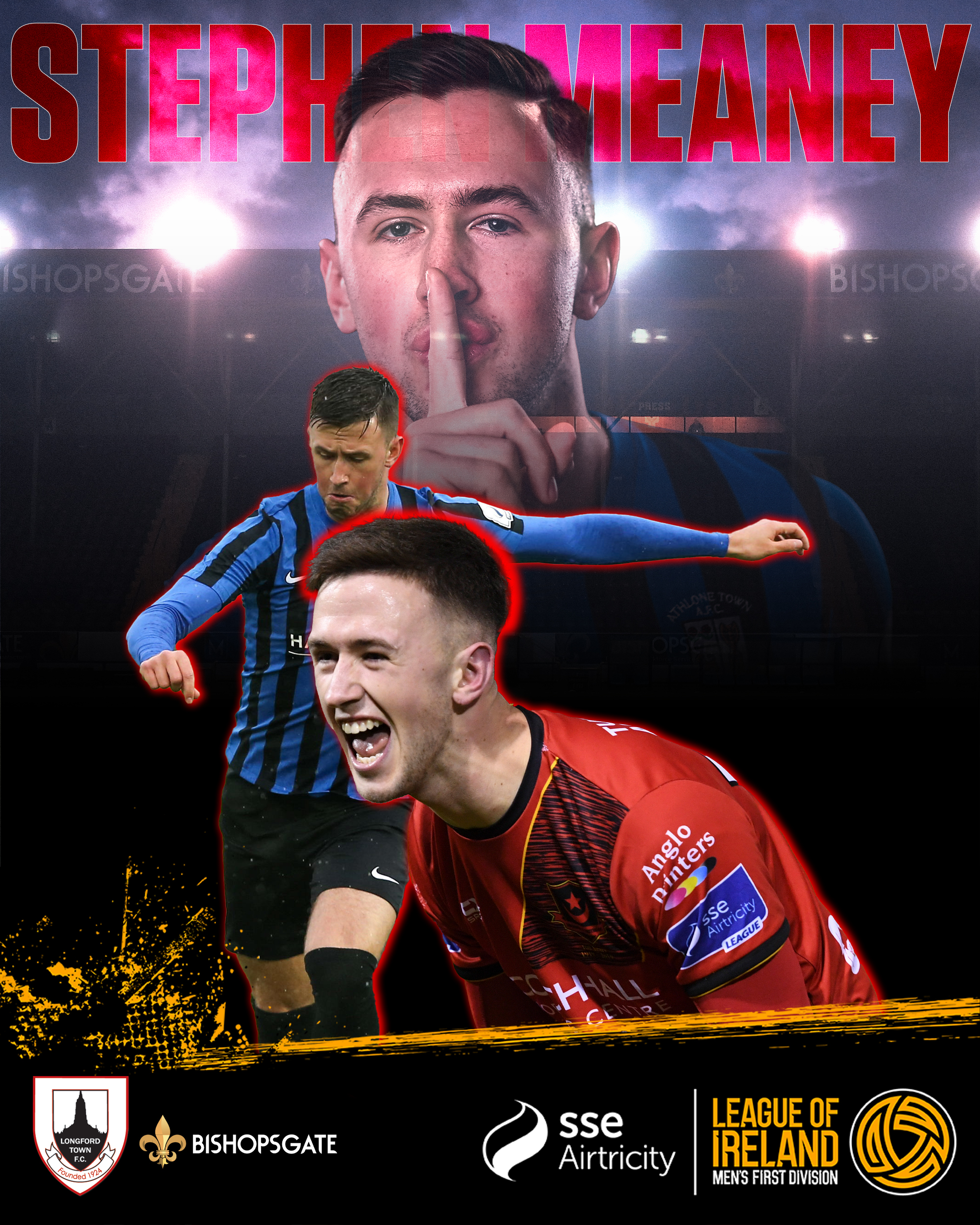 Longford Town FC is delighted to announce the signing of Stephen Meaney to the club for the 2023 season.

The 24-year-old forward previously played for Athlone Town and Drogheda United where he notched up 6 goals in 20 games and 14 goals in 55 games respectively.