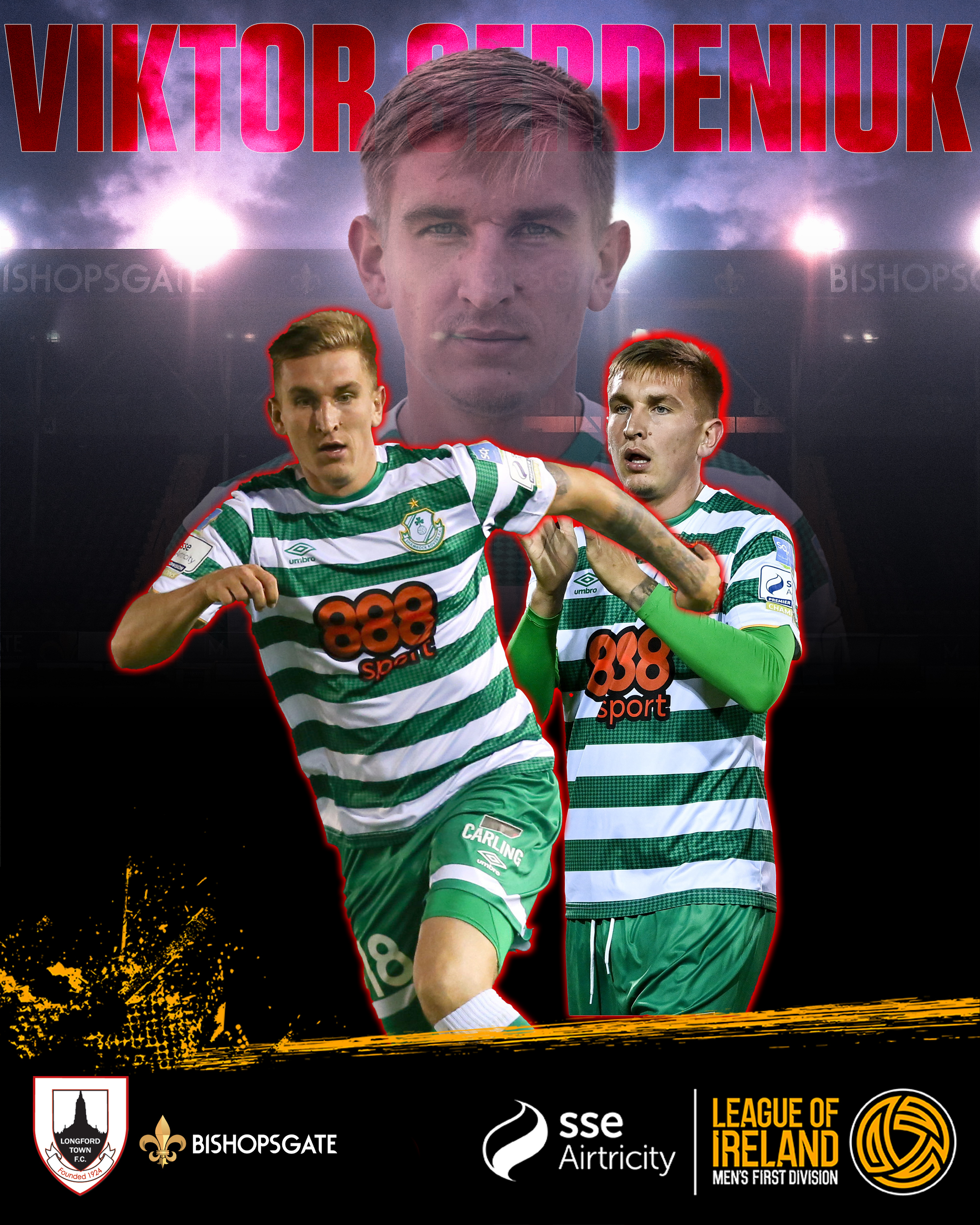 Longford Town FC is delighted to announce the signing of Viktor Serdeniuk to the club for the 2023 season!

The 26-year-old midfielder signs for De Town from Shamrock Rovers after signing for the Dublin side last year.

Born in Artsyz, Ukraine, Serdeniuk is a product of the FC Chornomorets youth system.

Viktor is a former Under-16 and Under-17 Ukraine international, playing alongside Arsenal’s Oleksandr Zinchenko.