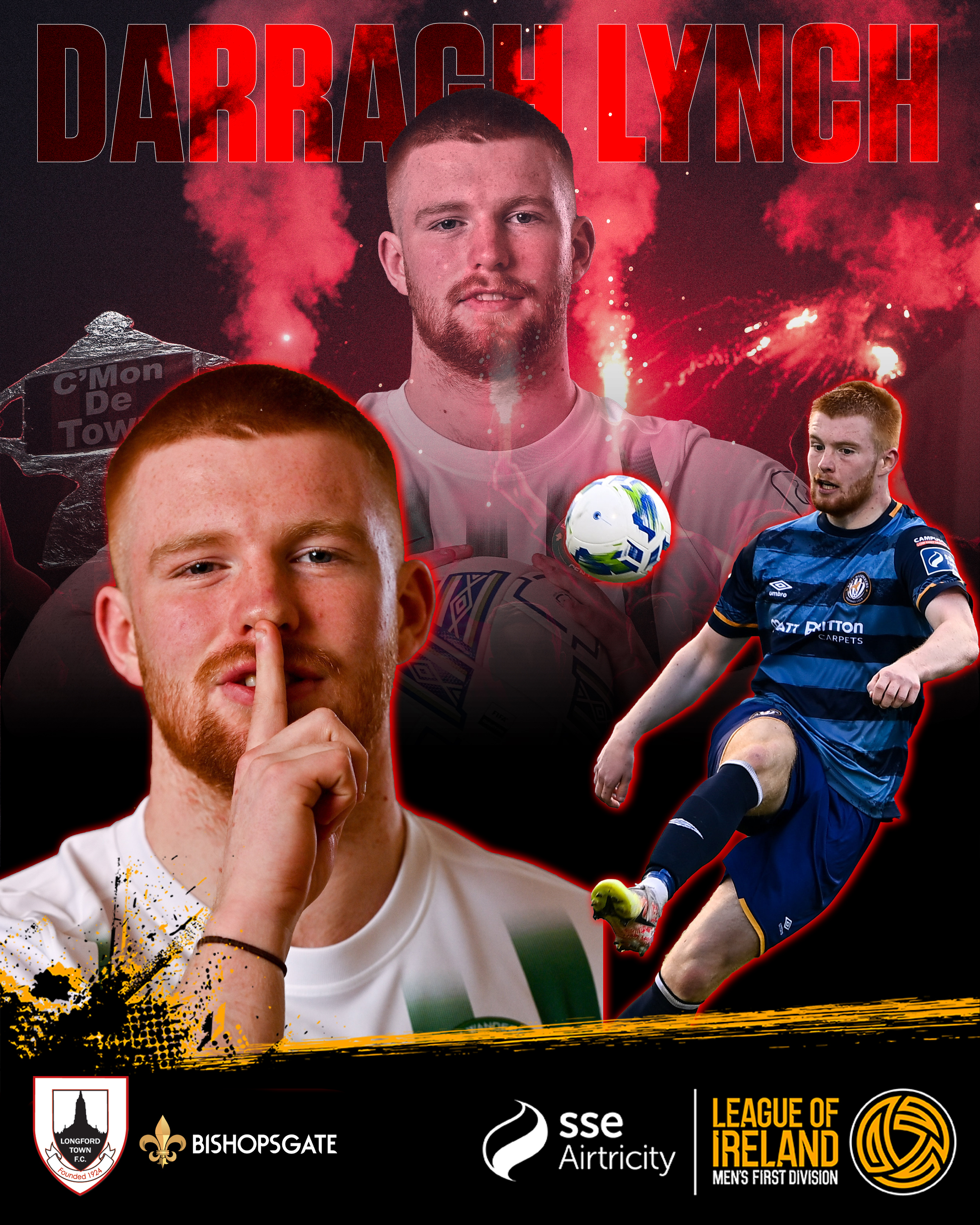 Longford Town FC is delighted to announce the signing of Darragh Lynch to the club for the 2023 season.

The 19-year-old striker leaves Bray Wanderers after rising through their academy ranks before establishing himself as a regular in the Bray squad making 49 appearances in total, scoring 12 times over 2 years.

The strong attacker is Stephen Henderson’s 15th signing so far.