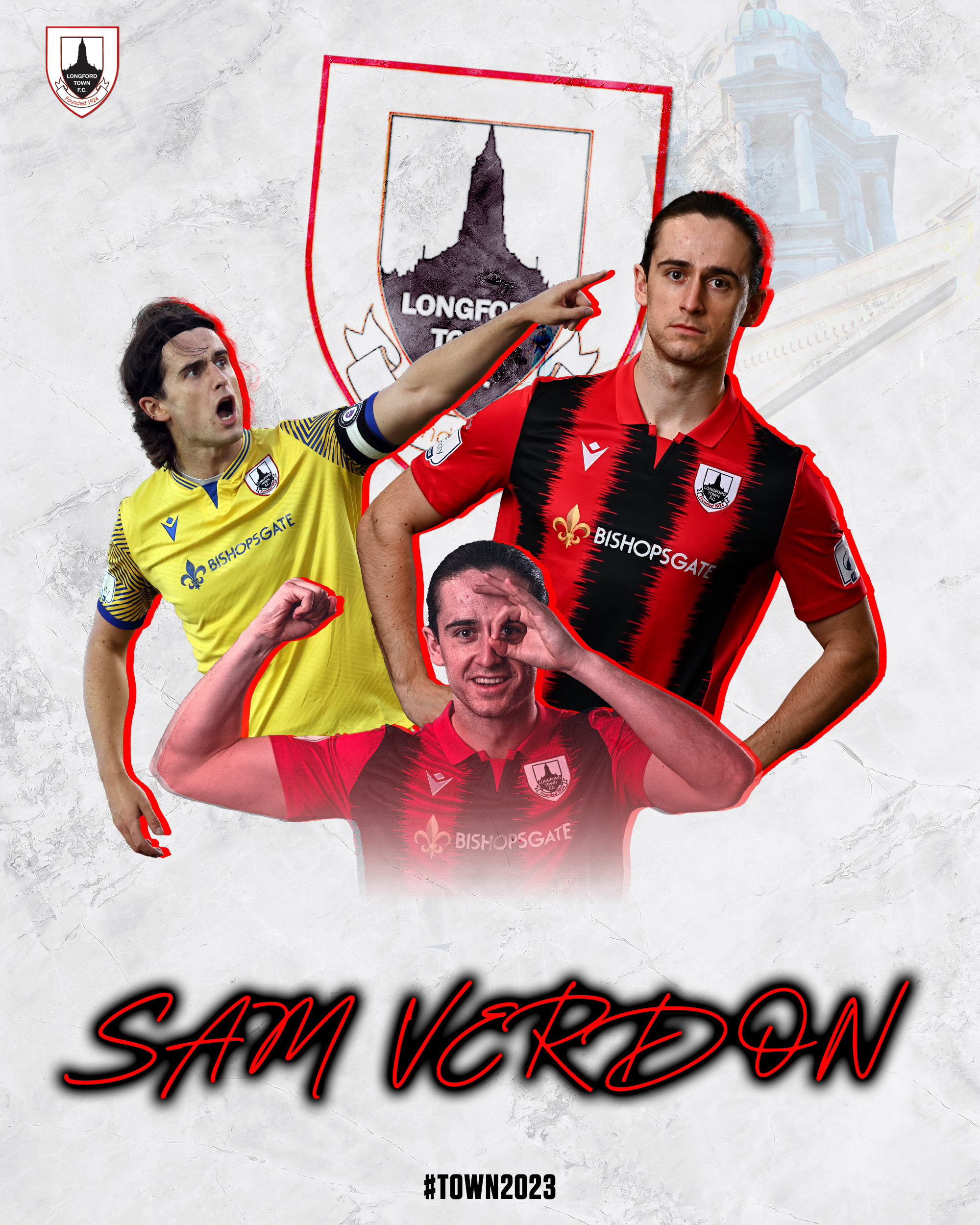 Longford Town FC is delighted to announce that Captain Sam Verdon has re-signed for the 2023 season!

‘El Capitan’ comes into his 6th year in total at the club after brief spells away with Finn Harps and Bray Wanderers in between.

The big forward has made 108 appearances in the Red and Black, scoring 33 goals along the way in addition to getting 12 assists.

Speaking to LTFC.ie on re-signing, the fan favourite at Bishopsgate had this to say;

I’m delighted to sign back. Having met Stephen (Henderson) on numerous occasions, I am really excited for next season and really think we will be a competitive team in this division. I really can’t wait to get started in early January and hopefully we can achieve something special as a group in 2023.