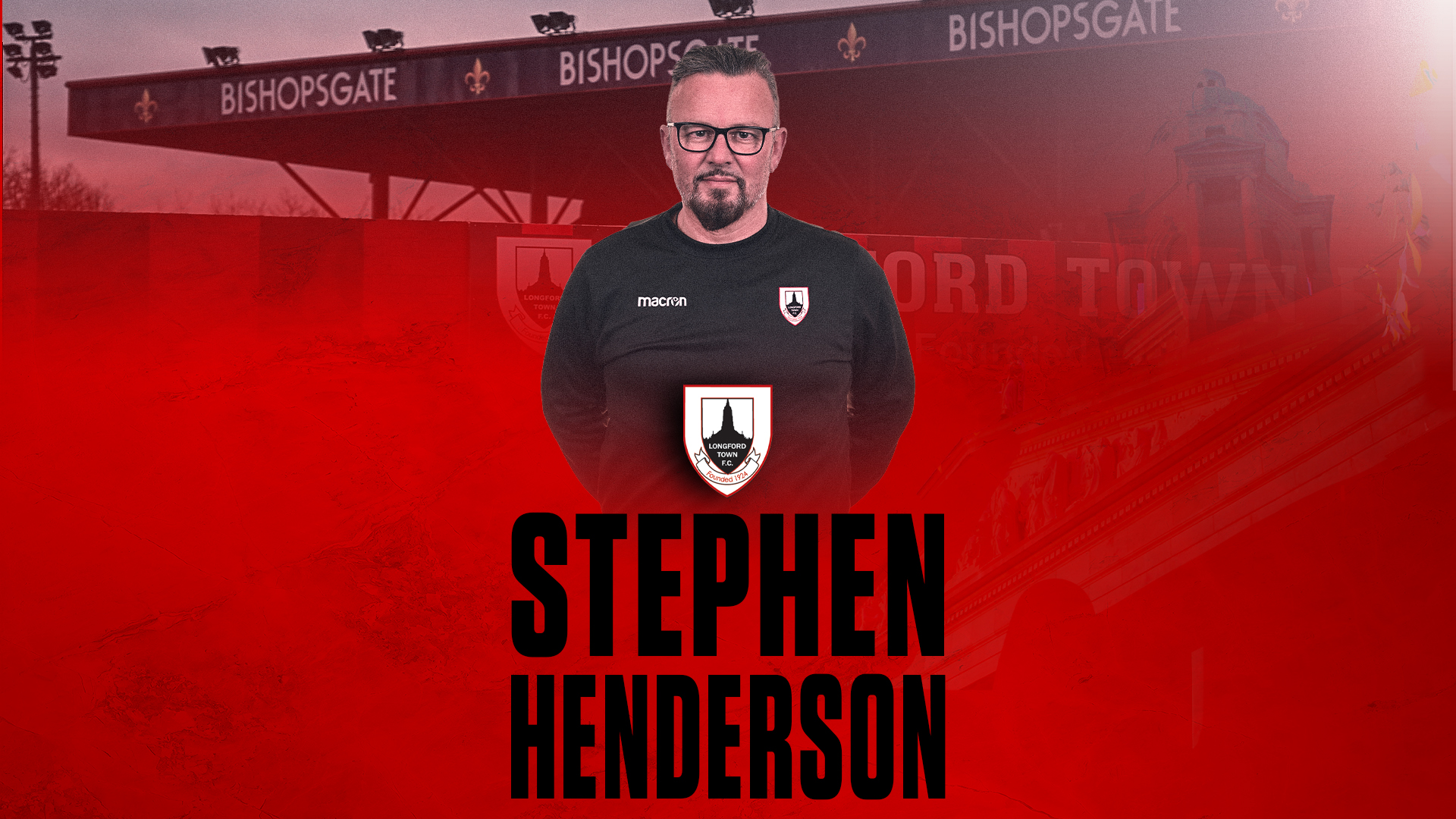 Longford Town FC is delighted to announce the appointment of Stephen Henderson as first-team Manager for the 2023 SSE Airtricity League First Division season.

Stephen brings a wealth of managerial experience from the league, having managed Cobh Ramblers and Waterford.

Henderson took up the manager’s post at Waterford United in December 2008. He led the club to the final of the League Cup and the semi-finals of the FAI Cup in 2009, and to the promotion play-offs the following season.

Stephen returned to Cobh Ramblers in 2015 where he brought them to their first ever league cup final in 2018 where they narrowly lost out to Derry City while beating Stephen Kenny’s Dundalk side in the semi-final.

Speaking on his appointment, Henderson expressed his delight in joining the Red & Black;

I am delighted and grateful to Jim & the board of Longford Town FC for this tremendous opportunity to manage a fantastically run football club with a number of exceptional people on and off the pitch. Gary Cronin laid the foundations of a very attacking, exciting and committed group of players which I am extremely excited to work with. The process of re-signing our best best players and adding to the group begins immediately and I promise everyone at Longford Town that I will give my heart & soul to the club as we embark on what I hope will be an exciting and successful journey together.