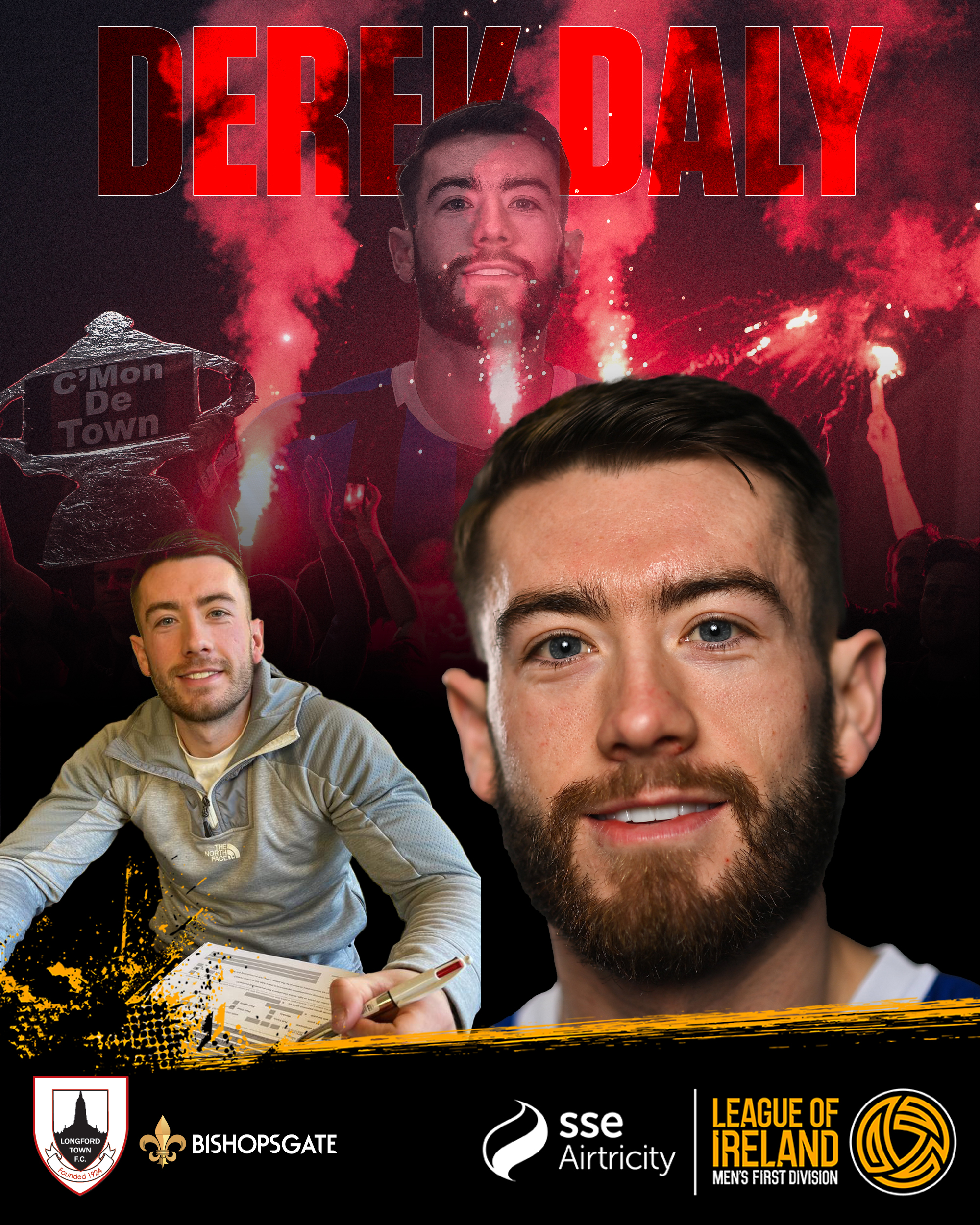 Longford Town FC is delighted to announce the signing of Derek Daly to the club.

The tricky winger transfers from Crumlin United and will look to make an immediate impact in Stephen Henderson’s side when the league resumes on February 18th. First up for Daly will be his former club, Athlone!