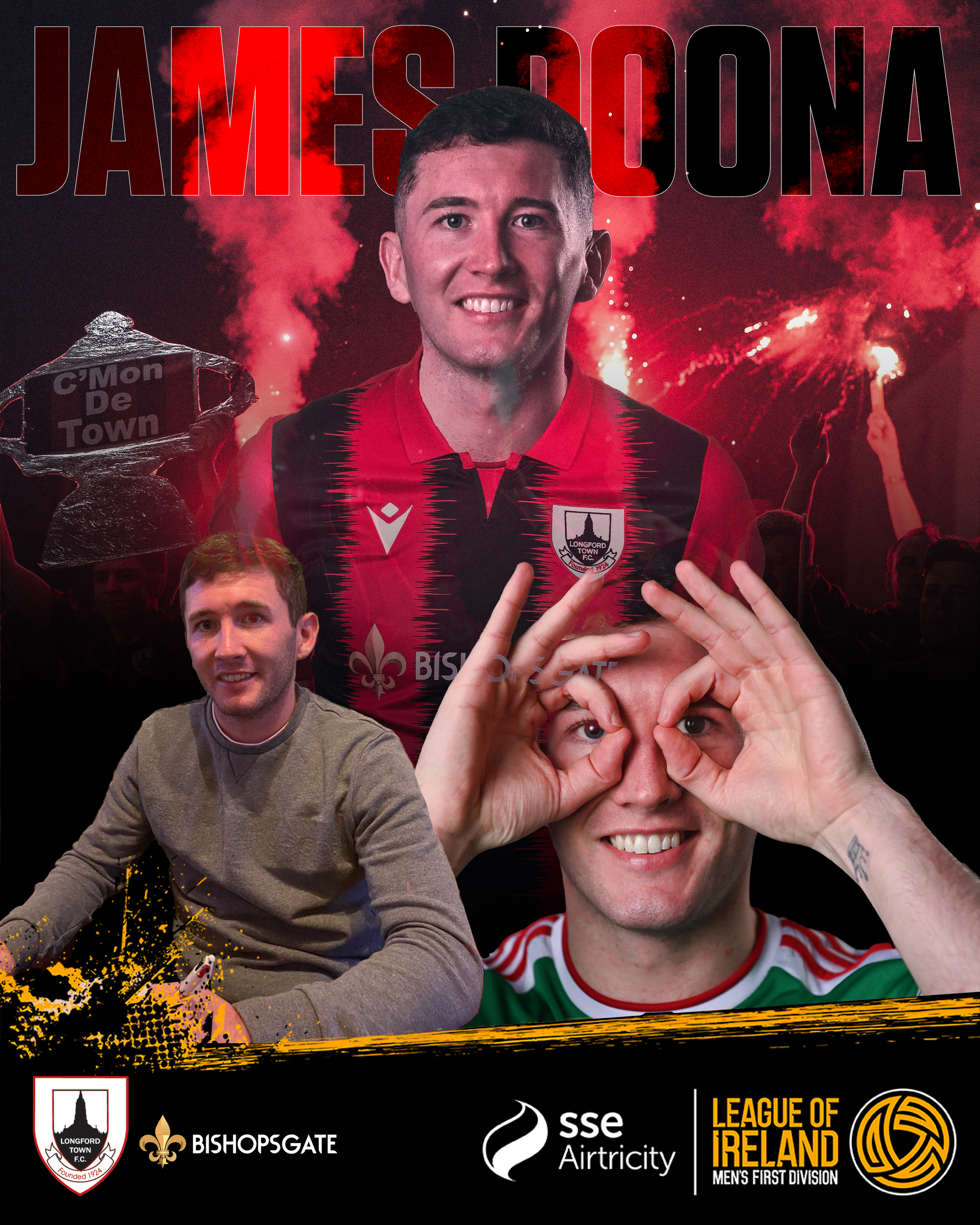 Longford Town FC is delighted to announce the signing of James Doona to the club for the 2023 season.

Doona made 2 appearances for the Republic of Ireland Under 18’s in 2015.