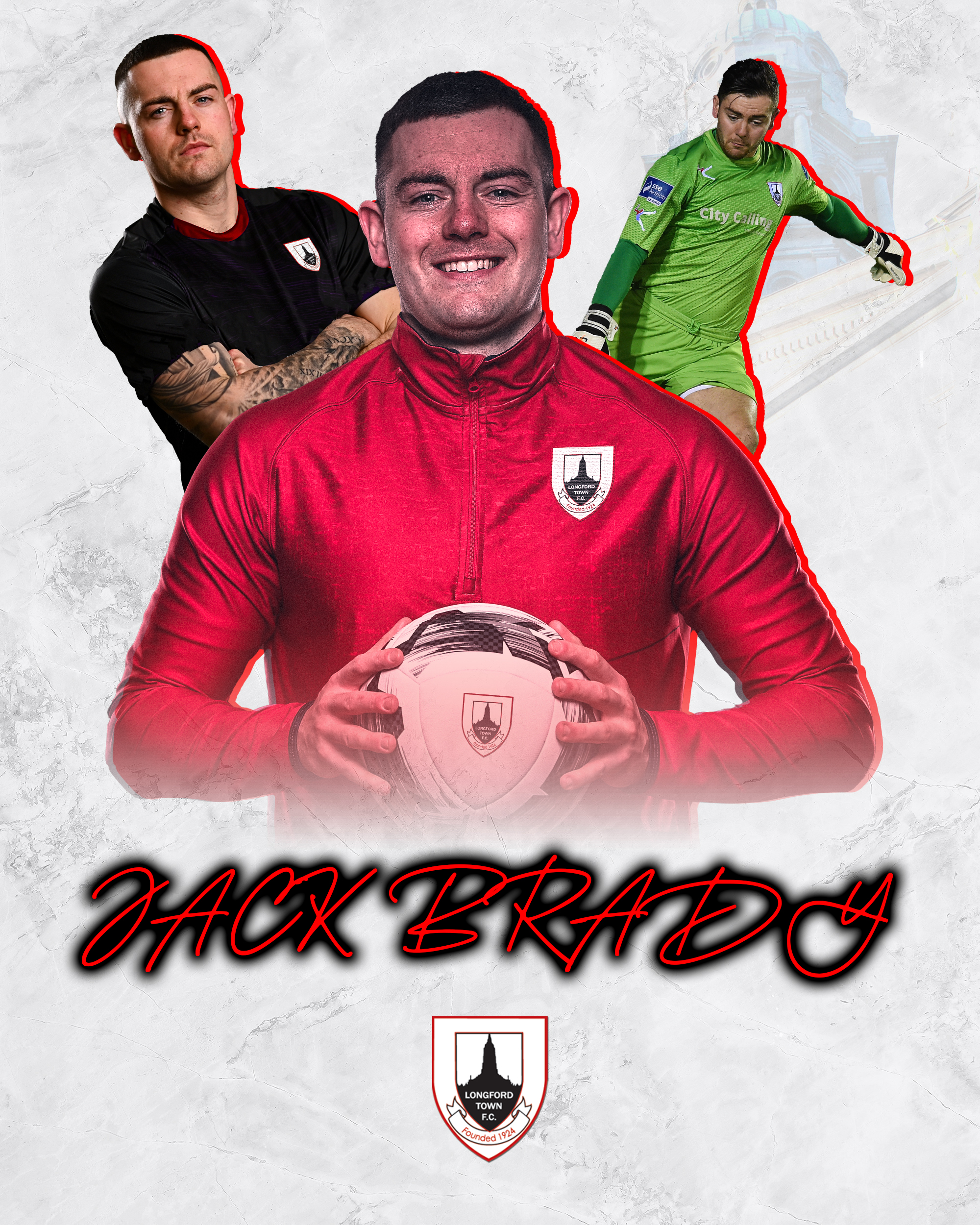 Longford Town FC is delighted to announce that Jack Brady has signed with the club for the 2023 season.

No stranger to De Town, Jack spent the 2017 season at Bishopsgate making 15 appearances in total before joining Limerick FC in 2018. He then moved on to Shelbourne. Jack then signed for Treaty United in 2021 and made 30 appearances. One of the most sought-after goalkeepers in the league, Jack has established himself as a top shot-stopper and expressed his delight in rejoining the Red and Black when speaking to LTFC.ie today:

I’m absolutely delighted to be back at the club. It’s a place full of great people who were really good to me when I was breaking through as a young player and that really helped me develop. Hopefully, we can have a good year and help get the club back where they belong. I’m very excited to get going.