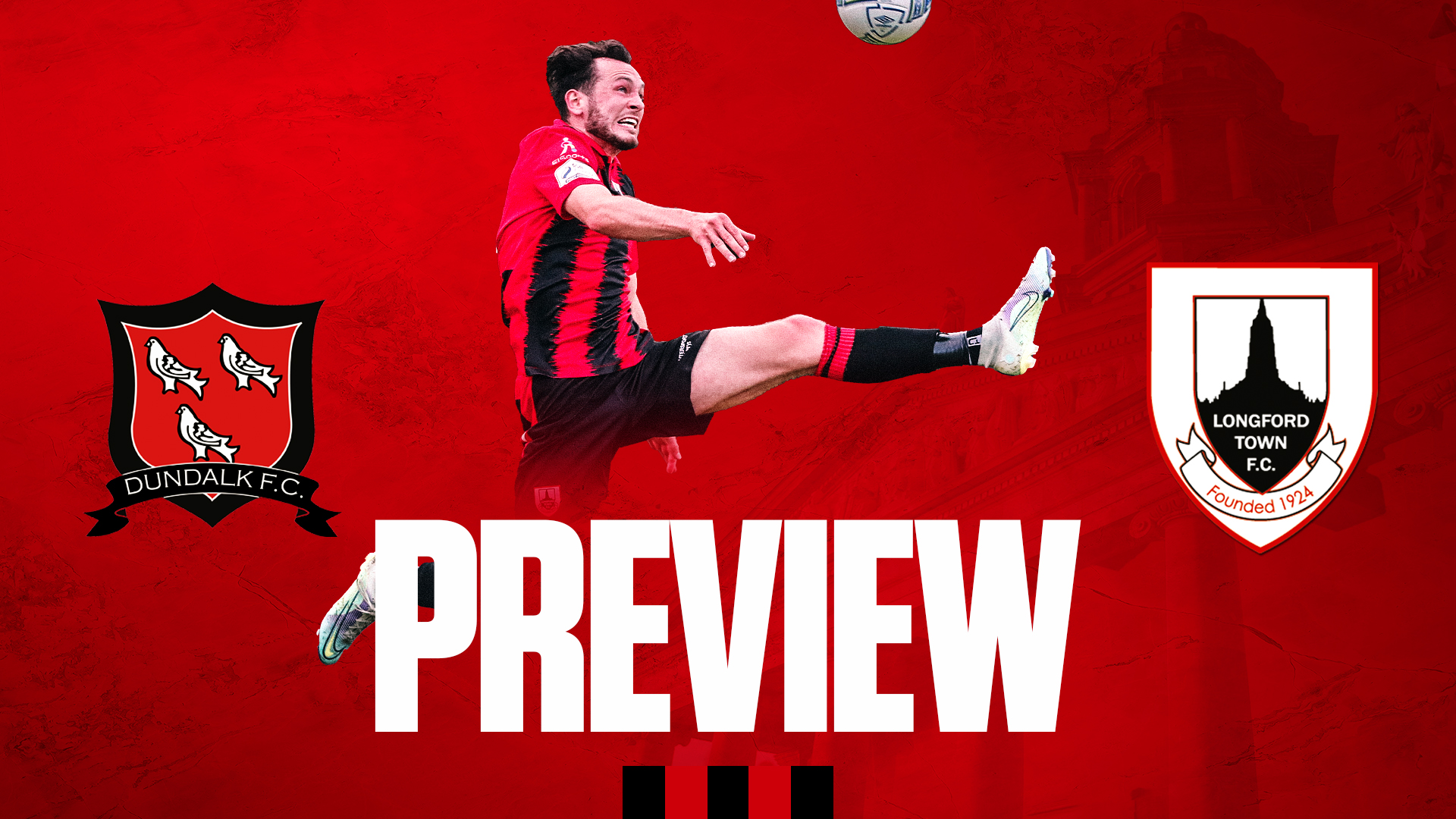 Following Friday’s thrilling late win in Waterford, Longford Town will look to carry the momentum gained at the RSC into this week’s FAI Cup tie with Dundalk. The Lilywhites are yet to lose at home this season and currently sit second in the Premier Division standings so Longford Town will be under no illusions as to the severity of the challenge that lies in wait.

Having missed out on a seventh straight FAI Cup appearance last season, Stephen O’Donnell will be keen to return Dundalk to the stage they very much feel they deserve to be on at the end of every season. With a place in Europe almost looking as good as assured thanks to their strong league form, Dundalk are unlikely to ring too many changes for this cup tie, especially following such a comfortable 3-0 win as they enjoyed against Finn Harps on Friday.

In fact, Gary Cronin seemed to hint at the possibility that he may be the manager that opts to rotate for Friday’s game at Oriel Park with some very important First Division matches coming up for the Midlanders as Longford battle it out with the likes of Waterford, Wexford and Treaty United for a place in the play-offs.

Recent signing from Galway United, Jordan Adeyamo netted his first goal for the club in Friday’s come-from-behind win in Waterford and may be pushing for a start while another new addition to catch the eye on Friday was Darren Clarke. The wide man who arrived from Crumlin displayed plenty of pace and trickery upon his introduction against Waterford and will be keen to show his talents on the big stage.

Despite a difficult 2021 campaign which ultimately ended in relegation, Longford proved to be a real bogey side for Dundalk last year with Daire Doyle’s men claiming a win and two draws against ‘the Town’.

This will be the first FAI Cup tie between the clubs since Longford visited Oriel for a semi-final in 2015 with Stephen Kenny’s Dundalk running out 2-0 winners.