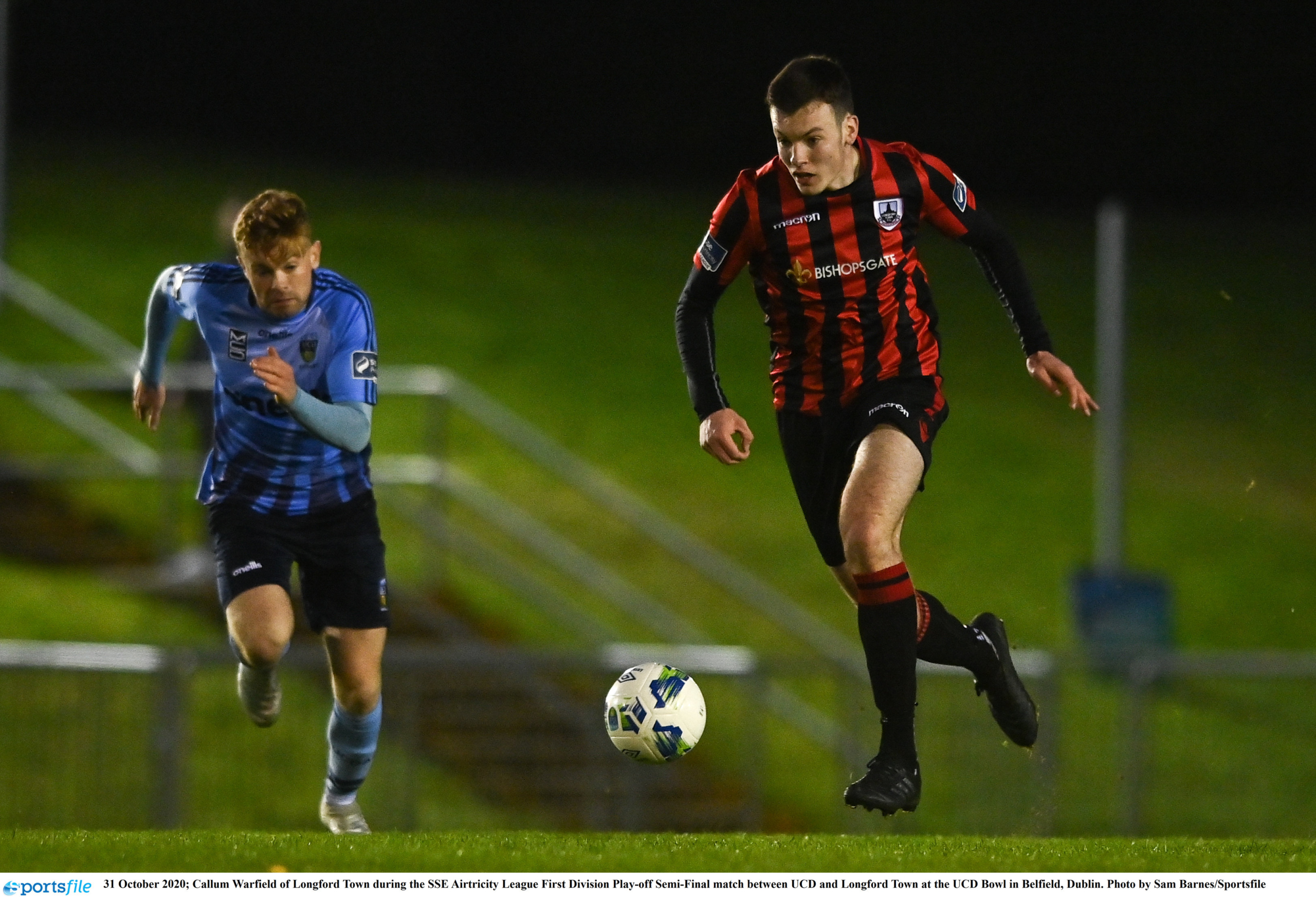 The club can confirm that Callum Warfield has departed the club to join Maynooth University Town.

Callum came through the club’s academy system before making over 30 appearances in the Red & Black over 3 years where he scored once and assisted four times.

‘Big Cal’ as he became known to Town supporters played a key role in the first division promotion playoff game against UCD where he set up Dean Byrne to score a last minute winner to send Longford on to the next round.

Everyone at the club thanks Callum for his efforts in the Red and Black and wishes him all the best in the future.