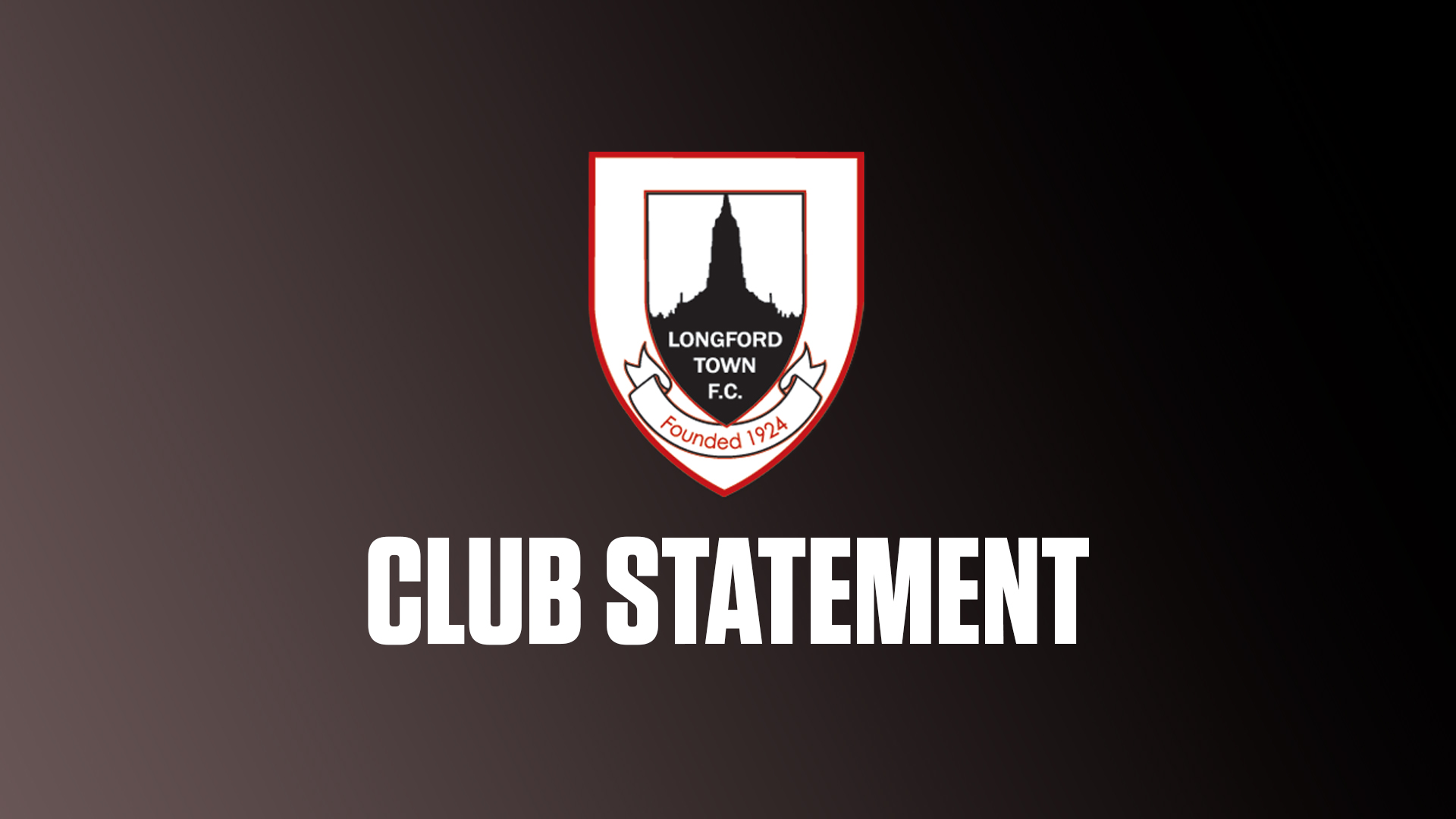 Longford Town Football Club wishes to condemn the actions of a number of supporters in the away section who caused crowd disturbances last night during the Longford Town v Bray Wanderers match at Bishopsgate.

In the first half, a group of individuals launched a number of missiles including flares onto the pitch area, narrowly missing our goalkeeper Luke Dennison. In the second half, the same group became verbally abusive towards our stewards and supporters before our stewards were assaulted with a number of objects. Seats and fencing weree destroyed Other missiles were launched at supporters and stewards and towards the pitch area. A number of individuals were ejected from the ground.

Our stewards are all volunteers who give up their time to support our club on match nights and have gone through extensive training for situations like last night. We wish to acknowledge the brilliant work carried out by our stewards and thank them for their professionalism throughout. We would also like to thank the Gardai for their swift response in dealing with the situation. The club understands that this is now under Gardai investigation and we will work closely with the relevant authorities to identify those involved and carry out any actions deemed appropriate.

The club will be making no further comments at this time.