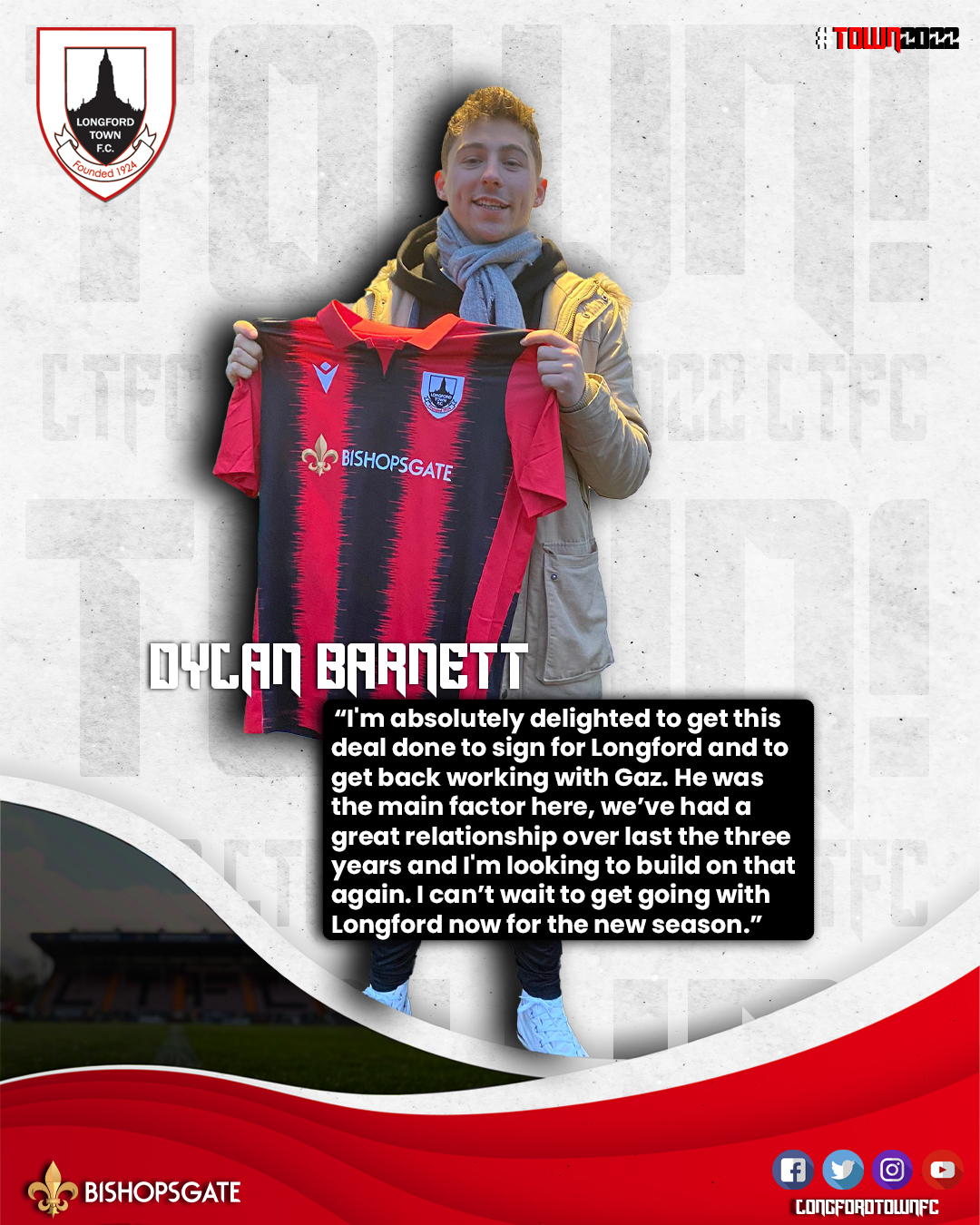 Longford Town FC is delighted to announce the signing of Dylan Barnett for the 2022 SSE Airtricity League First Division season.

Barnett played underage football with St Joseph’s Boys before moving to England to play for Brighton & Hove Albion’s underage teams in 2013. He played for their under 18s and under 21s from July 2015 and made 5 league appearances for Brighton’s under 23s in season 2016/2017. He left Brighton in May 2017 and returned to Ireland.

He signed for Waterford for the 2018 season where he made 36 appearances in total.

He has been capped by the Republic of Ireland at underage level. He featured in the Ireland U17 squad for the UEFA Championships Elite Qualifying Round in March 2013 alongside current Bray team mate Dean O’Halloran. He then impressed in the under 18 friendlies against the Czech Republic and again at under 19 level against Mexico in May 2014. He played against Serbia under 19s in June 2014 in a 3-1 defeat for Ireland at the Tallaght stadium in a UEFA under 19 qualifier.

Speaking to LTFC.ie following the contract signing, Dylan revealed the role Gary Cronin played in getting him to sign for De Town;

I’m absolutely delighted to get this deal done to sign for Longford and to get back working with Gaz. He was the main factor here, we’ve had a great relationship over last the three years and I’m looking to build on that again. I can’t wait to get going with Longford now for the new season.