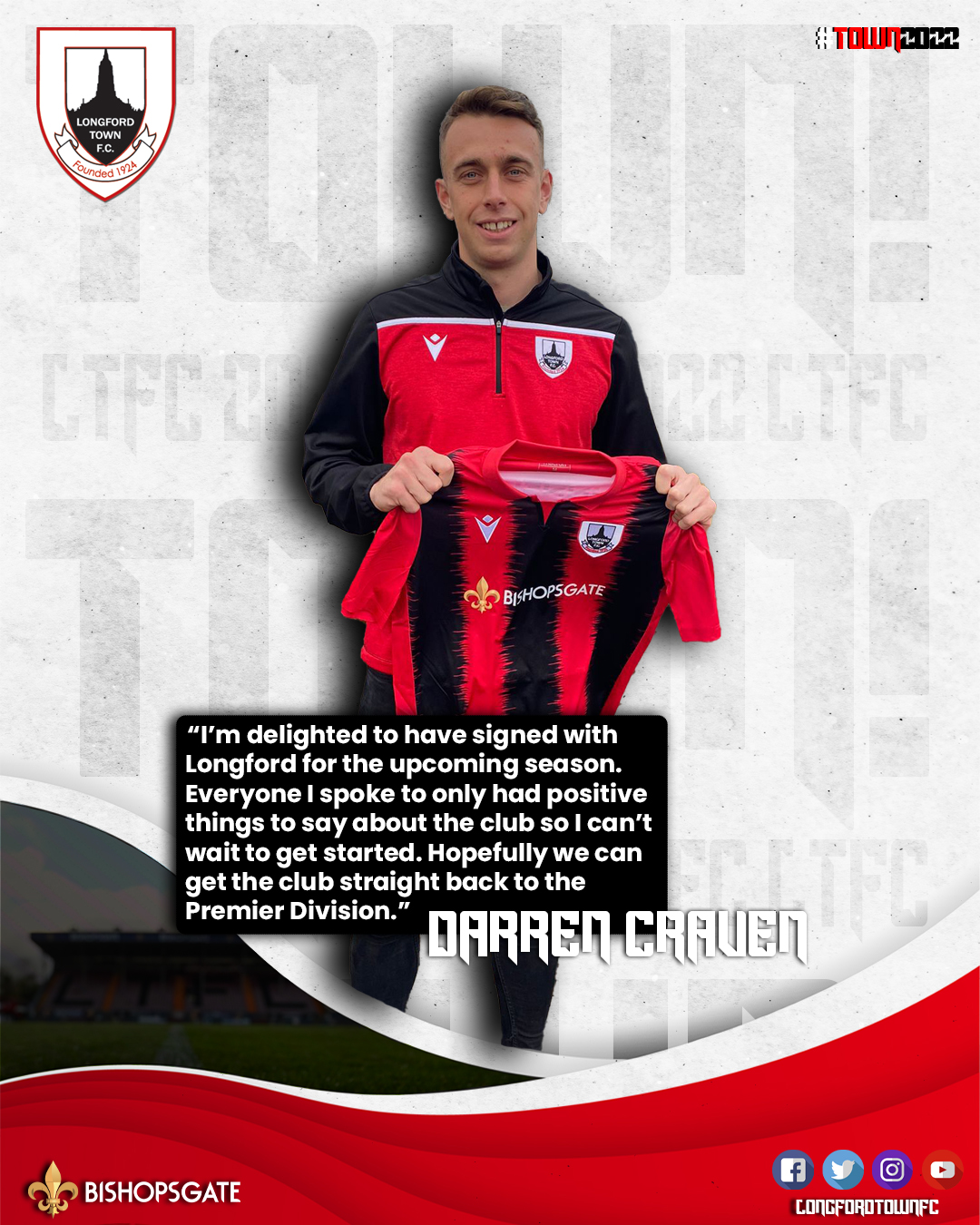 Longford Town FC is delighted to announce the signing of Darren Craven for the 2022 SSE Airtricity League First Division.

Darren, a versatile midfielder, played for Leinster Senior League side Malahide United since 2014 and captained them to a League Title in 2020 before signing for Bray Wanderers in 2021.

The 26 year old joins De Town having played under Gary Cronin at his former club and revealed his excitement for the new season and for signing with the Red and Black;

I’m delighted to have signed with Longford for the upcoming season. Everyone I spoke to only had positive things to say about the club so I can’t wait to get started. Hopefully we can get the club straight back to the Premier Division.