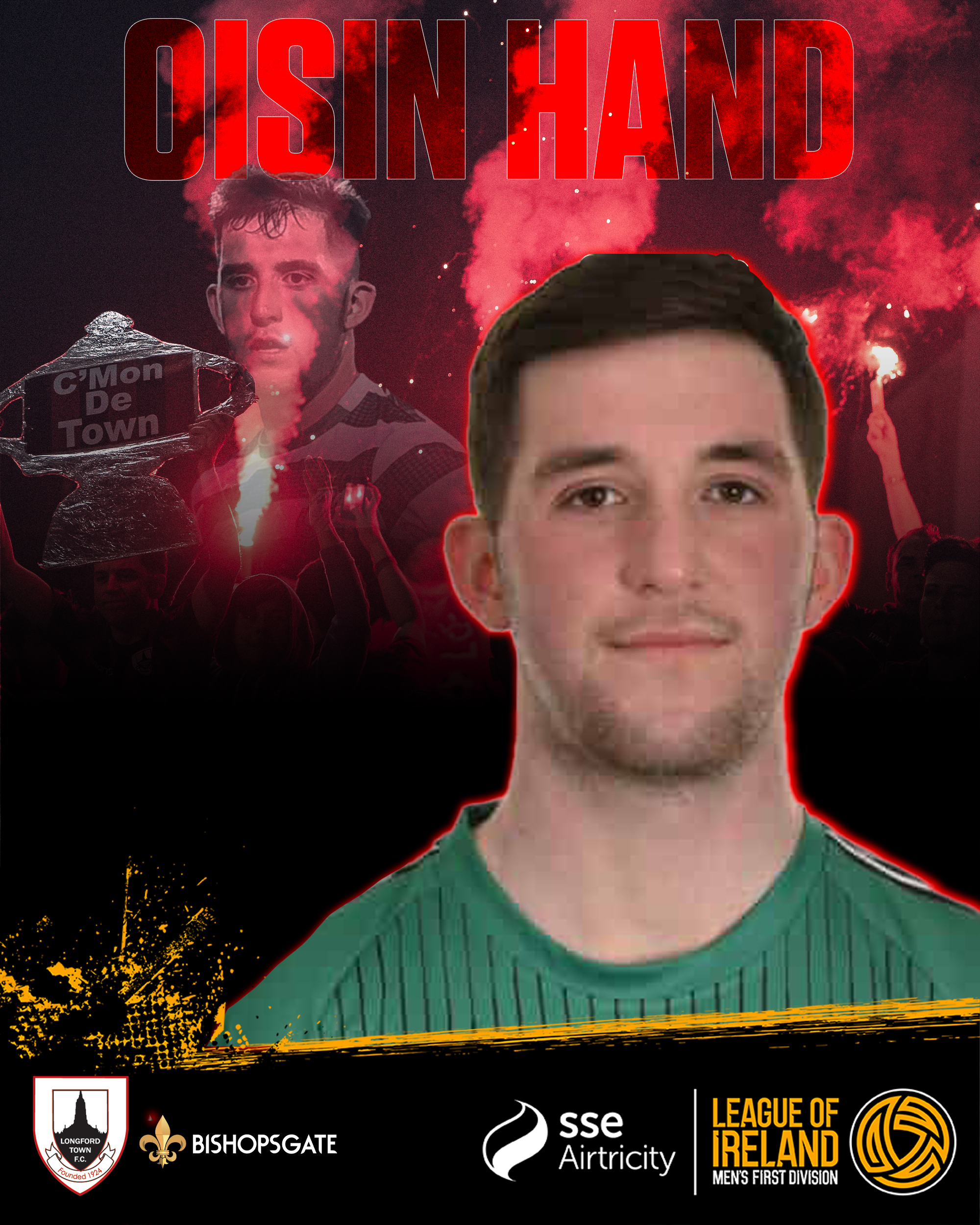 We are delighted to announce the signing of Oisin Hand to the club for the 2023 season!

Oisin graduated through the academy system at Shamrock Rovers, starting with their U15s in 2018 and graduating to the U17s in 2019. In 2020 he was part of the Rovers B side that competed n the First Division and he made his league debut against UCD at the Belfield Bowl on 7th August 2020.

Oisin then played with Shamrock Rovers’ U19 squad for 2021 and in January 2022 he appeared for the senior side during their pre-season preparations.