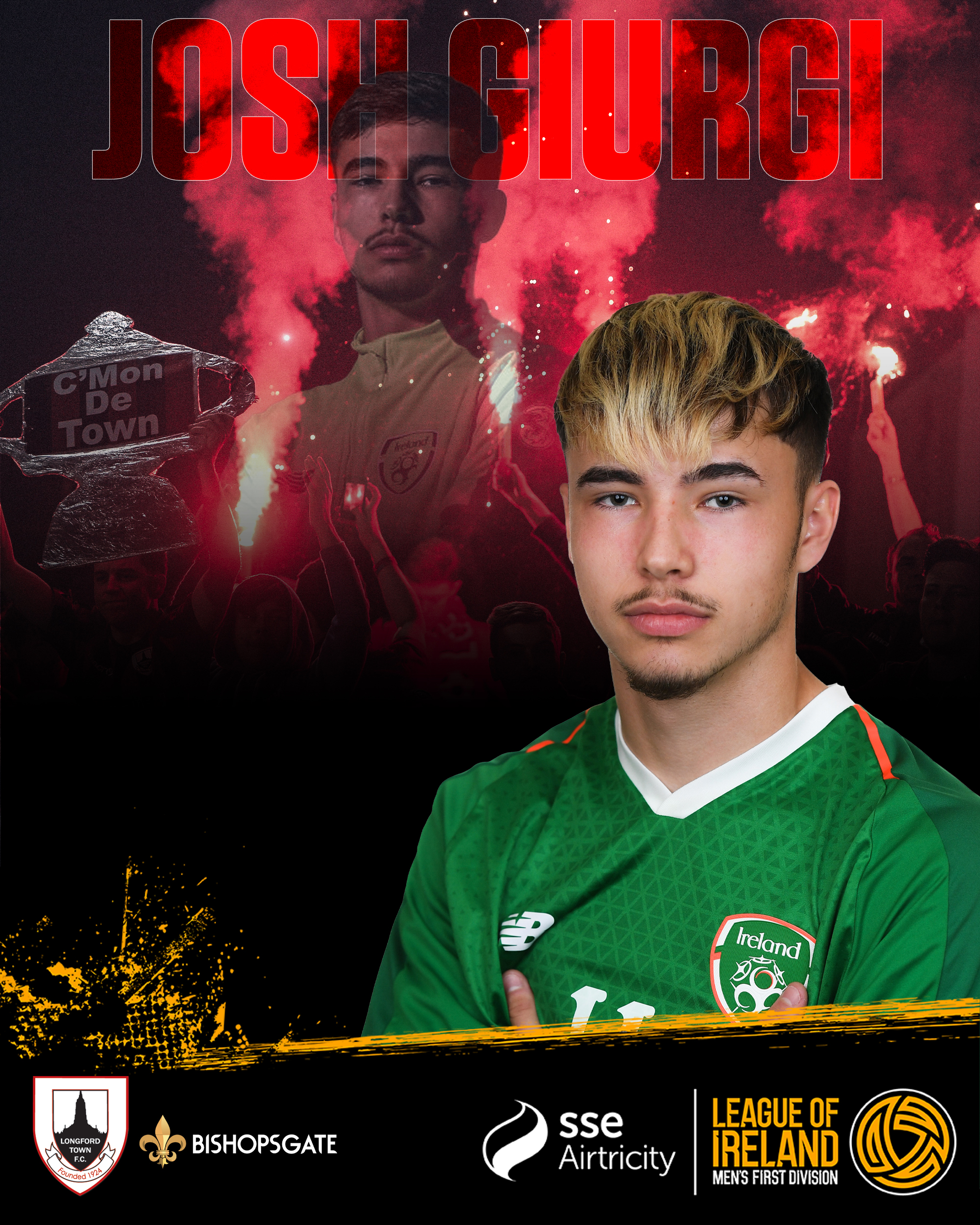 Longford Town FC is delighted to announce the signing of Josh Giurgi to the club for the 2023 season!

The 20-year-old former Norwich City player spent last season with Damien Duff’s Shelbourne after returning home from England after working his way up through the Canaries academy before becoming a regular in their Premier League 2 side.