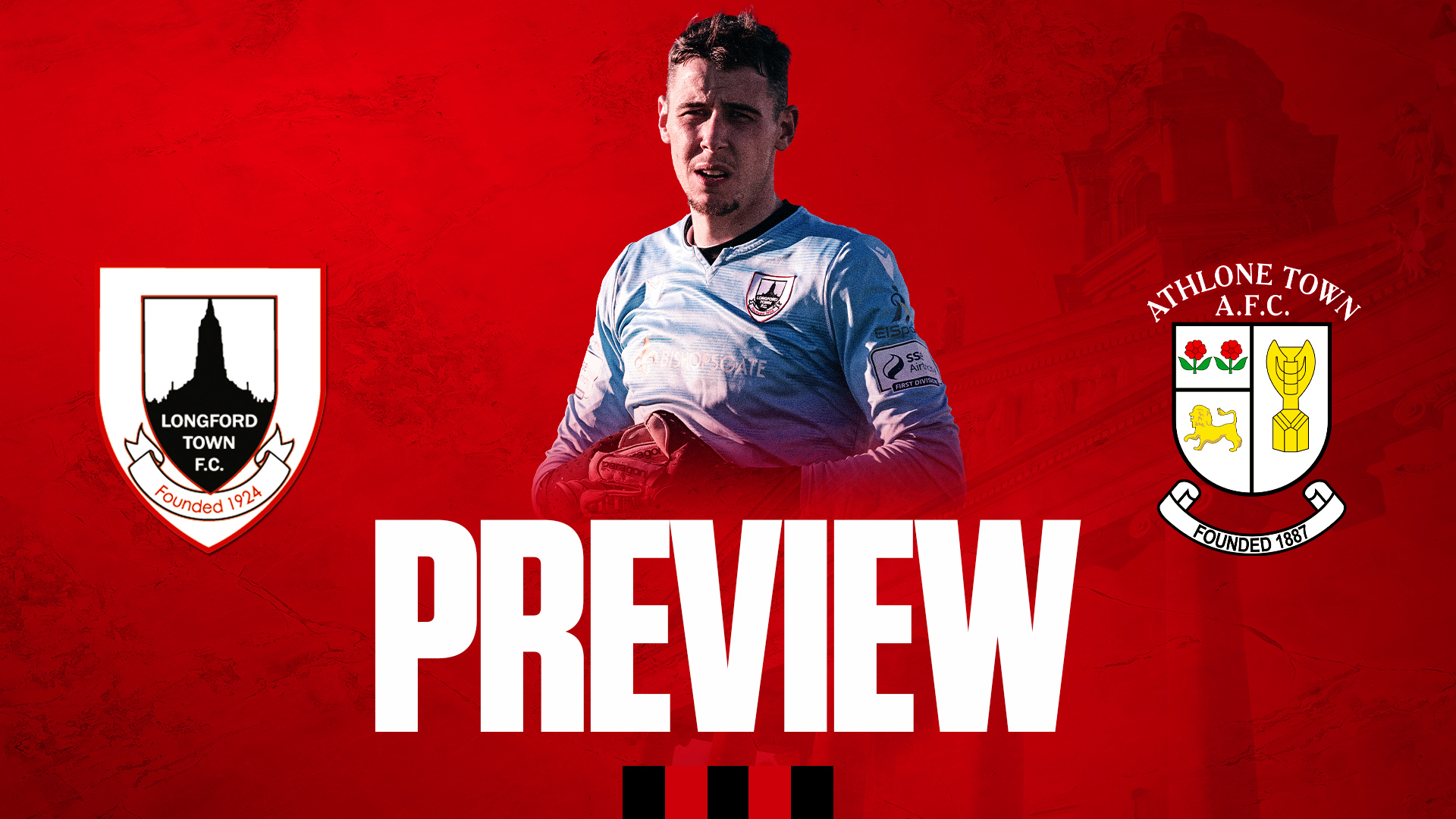 Should Longford Town record victory on Saturday night, it will extend the Red & Black’s unbeaten run over the Midland rivals to 20 straight matches. A 0-1 friendly win here at Bishopsgate in March 2014 was the last time the Westmeath club emerged victorious against their neighbours while you have to go back to August 2013 for their last meaningful win in this fixture.

Recent form would not suggest a turn in fortunes is on the way with managerless Athlone sitting rock-bottom in the First Division after just one win all season. While Longford Town were beaten 3-0 away to Treaty last Friday, Gary Cronin has usually been able to garner a strong reaction from his players after poor showings this season with Longford putting on their best display of the year in their most recent home game, a 2-0 win against title chasers Galway. That came off the back of a disappointing 2-1 defeat away to Wexford the week previous so Cronin will be looking to work his magic again following the defeat in limerick. 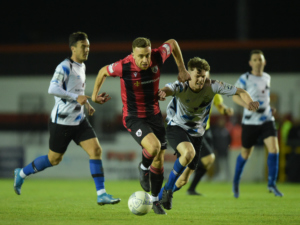 Despite Athlone Town’s current predicament, they’ve given Longford Town two really tough games this season with Athlone even taking the lead in the 2-1 defeat at Lissywoolen in May. With Wexford and Treaty now both breathing down Longford’s neck there can be no room for complacency tonight.
Athlone have scored at least once in their last five matches with former Bohs man Thomas Oluwa their top marksman with six goals. For a player in such an underperforming side to have notched such a tally tells you about Oluwa’s talent and he will have to be watched closely tonight.
Meanwhile, home supporters will be excited to see new signing Jordan Adeyemo after he made his debut off the bench in Limerick last week. Adeyemo made a name for himself as something of an impact sub during Drogheda’s first season back in the Premier Division. Still, the striker was keen for a more significant role in the team so moved on to Galway United this season. However, for whatever reason John Caulfield didn’t seem to fancy Adeyamo so he made the move to the Midlands hoping to help De Town’s promotion push.
Adeyemo is a good finisher who has the pace to get in behind a back four, something Town badly lacked prior to Cristian Magerusan’s return to fitness. Given Cristian’s well-documented injury-hit past, Adeyamo gives Gary Cronin a strong backup option, although he will be keen to push for a spot in the starting XI. With Ryan Graydon moving on, perhaps Gary Cronin will try and find a way to accommodate both strikers.
share: