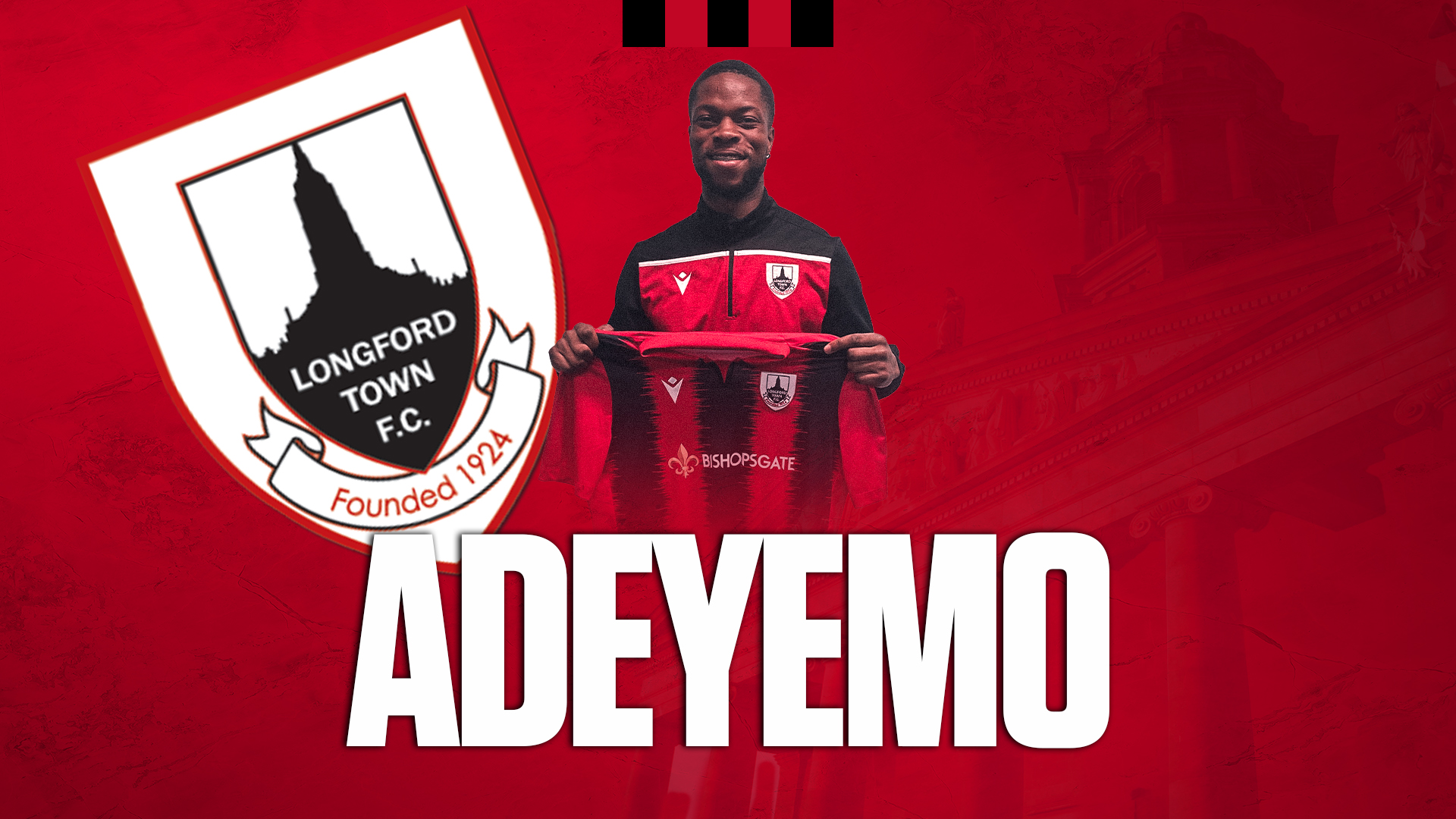 Longford Town FC is delighted to announce the signing of Jordan Adeyemo from Galway United.

The highly-rated 22-year-old forward will be a welcome addition to Gary Cronin’s side as the club keeps up the pace in the hunt for promotion this year.

The Dubliner joins De Town, having been with Shelbourne and Drogheda’s academies where he scored 18 league goals in 2019 as Drogheda reached the U19 league semi-finals. He broke into the Drogheda first team under Tim Clancy where made 20 appearances, scoring 5 goals along with winning the first division title before he moved to Galway United in December of 2021.

Jordan is eligible to play tonight when we take on Treaty United at Markets Field. Kick-off is 7.45 PM and live on LOI TV. 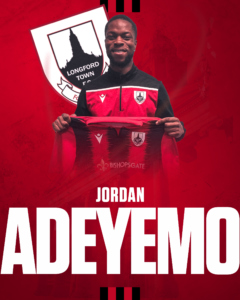