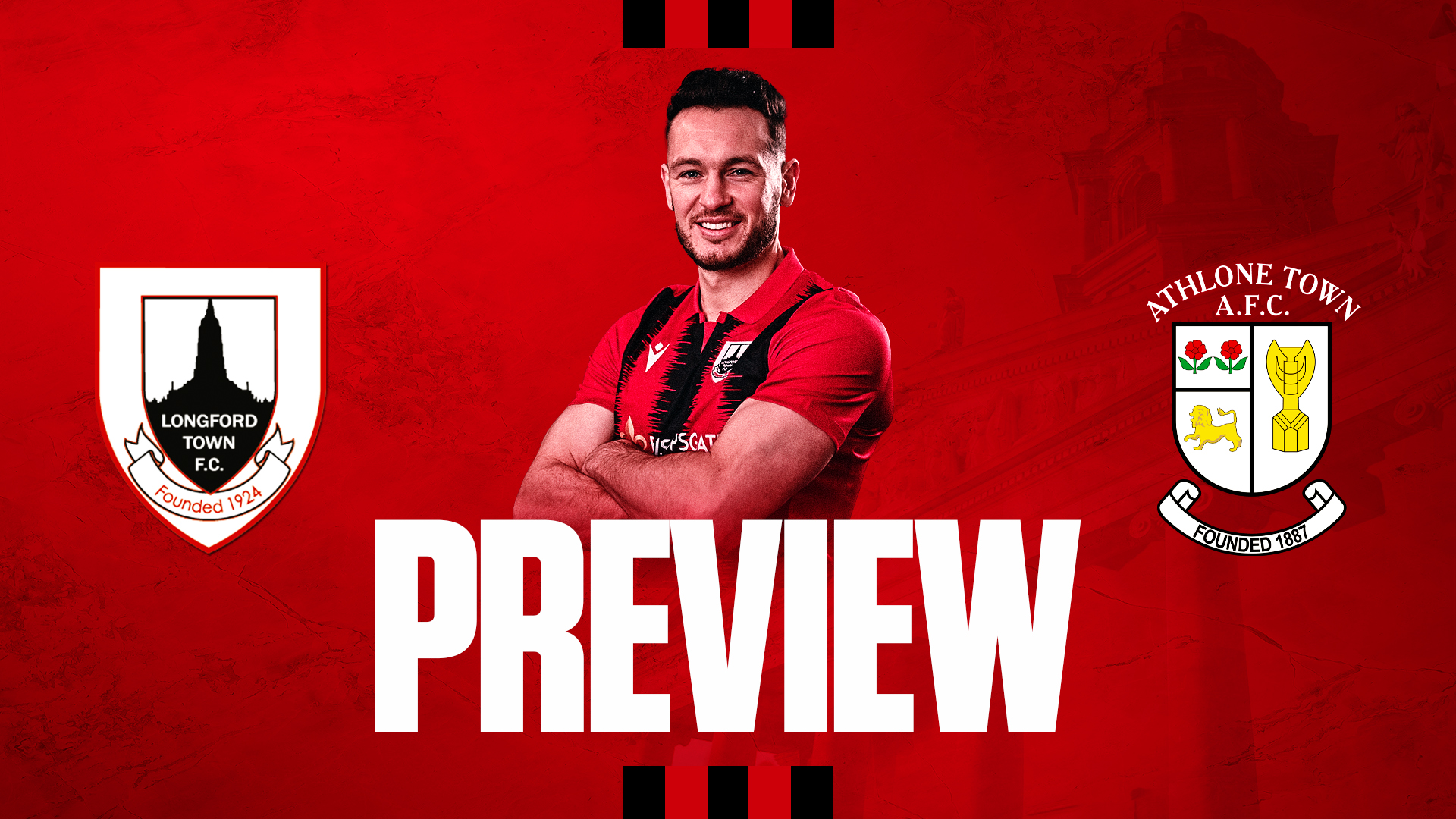 De Town head into the game off an impressive run of form, beating Wexford and Galway on the bounce before drawing away to Waterford at the RSC; a game they probably should have won but unfortunately conceded an equalizer in the 90th minute.

Athlone picked up their first point of the season last week when they drew at home to Bray Wanderers. They lie bottom of the table but have scored in every game they’ve played so far so they do pose a threat going forward with the pacey Thomas Oluwa and former Town attacker Cartlon Ubaezuonu among their ranks.

The history between the two clubs is well known by now. The supporters of both teams jokingly refer to the derby game as the ‘El Clasico’ but when it comes to the result, for diehard Longford Town fans, a win over Athlone is a must. And vice versa.

Records are on De Town’s side, however, having gone 9 years and 17 games unbeaten against their arch-rivals. New manager Martin Russell will be looking to change that stat when he brings his new-look Athlone side to Bishopsgate.

Longford Town: Cristian Magerusan returned to light training this week. Callum Warfield is recovering from a groin injury. Matthew Butler from the 19’s will step up for selection to the first team squad once again this week.