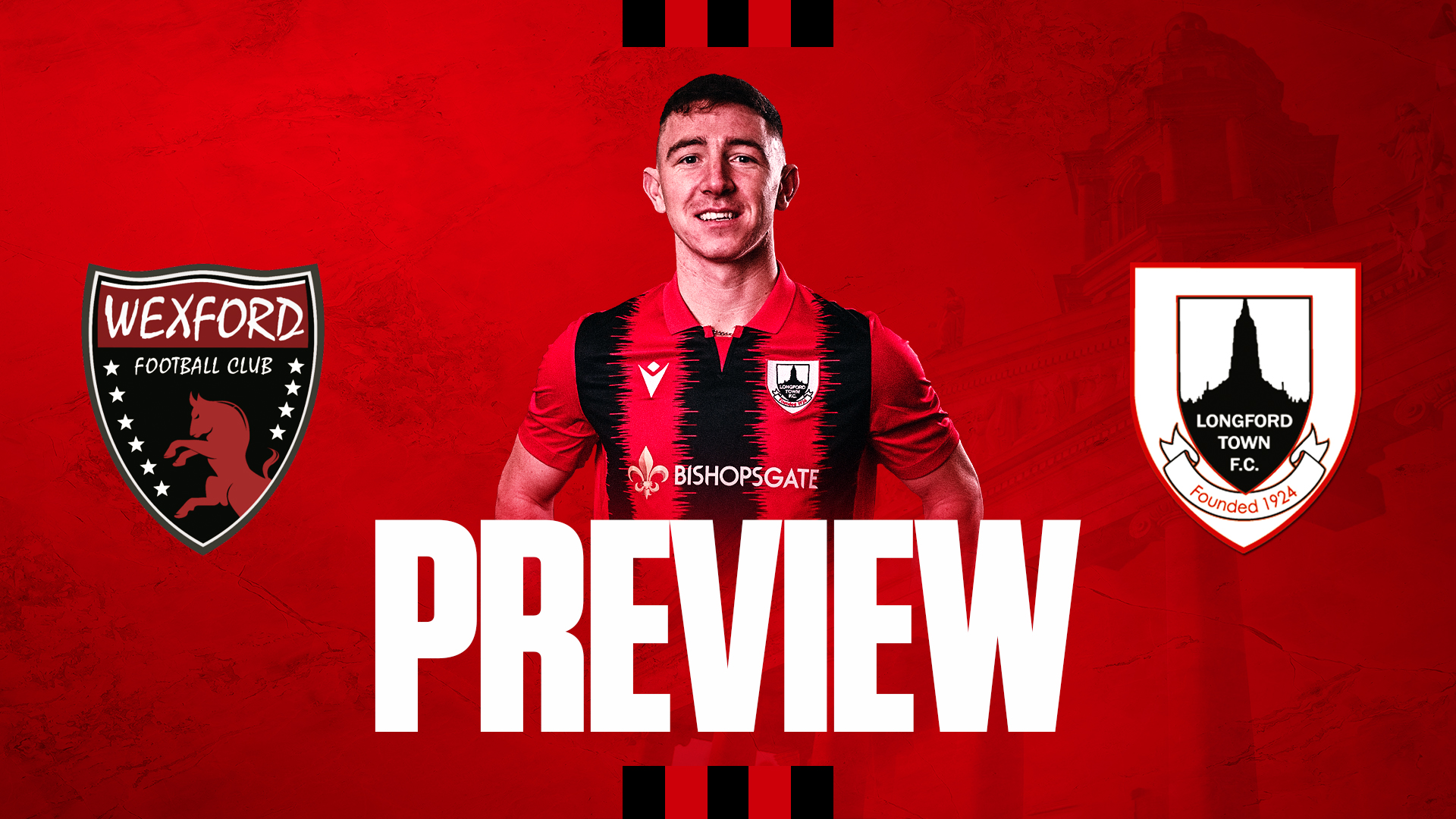 De Town head to Ferrcarrig Park tonight in search of their first win of the 2022 SSE Airtricity League First Division season where they take on Wexford FC.

The home side have recruited well in the off-season, brining in former Town players Aaron Dobbs, Conor Davis and Joe Manley along with another former Town favourite in Paul Hunt. They’ve also brought in Luca Lovic from Bray, Conor Barry from Harps and Dinny Corcoran from Drogheda, to name just a few!

They’ve started the season well and find themselves in fourth position (with wins over Cobh & Athlone) on 6 points with a game in hand on the top three who are all on 10 points. A narrow 2-1 loss to league title favourites Waterford FC last week will do little to null the positivity around Ferrycarrig Park with an exciting squad and Manager at the helm.

Longford will play only their third league game of the season tonight, having had their game v Cobh postponed due to a frozen pitch and their game away to Treaty United last week called off less than an hour before kick off due to an unplayable surface in Markets Field. After a strong performance against Cork City at Bishopsgate a couple of weeks ago, the Red and Black lost out to Bray last weekend 2-1 at home. After going ahead after just eight minutes of play, Longford should have had the game finished after twenty minutes or so. Chance after chance came for De Town but they just couldn’t get their second. Bray came back into the game and got two goals through clumsy defending and saw the game out for what was probably a deserved win for the Wicklow side.

Longford will be without Cristian Magerusan and Aaron McCabe.

Kick off is at 7.45PM, tickets are available on the gate and you can watch the game LIVE on LOI TV here.